What do I do with my stencil making scraps?

So, this morning I made a couple of very simple stencils on my Silhouette Cameo. One was a set of 1" circles and the other was a set of .75" circles. I was using them to test and idea about stacking modeling paste. Anyway…after I got the stencils cut out I ended up with a bunch of perfectly cut 1" circles and .75" circles of clear plastic. And for the life of me, I couldn’t throw them away, because…you know…crafting!

So I got out some of my alcohol markers and colored a couple of the not-circle scraps to see what it would look like. It’s doesn’t look bad, it’s not an even color, but I kind of like it and I was wondering how I could use this on cards. The hard part will be attaching them because you can still see through them even though they’re colored. I guess I could use a clear drying glue and see if that works. Now I just need some ideas on how to use them or maybe some completely different ides on how to use them. I’ve attached a picture so you can see what I’m talking about. I figure if I make other stencils I could end up with more scrap I could use, like hearts, stars, etc.

The other picture is my modeling paste test. After the bigger circles dried I “stacked” the smaller circles on top and that seemed to work. I do need to make sure that I smooth the surface so I don’t get those “creases”. Then I painted it with some Windsor Blue Acrylic, added a little shimmer blue acrylic, and then finished it off with a little blue Lustre Wax. I like the way the color turned out, but I definitely need to work on my smoothing of the modeling paste! 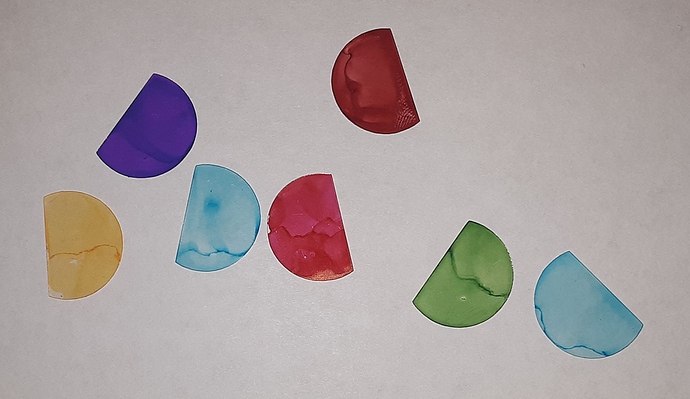 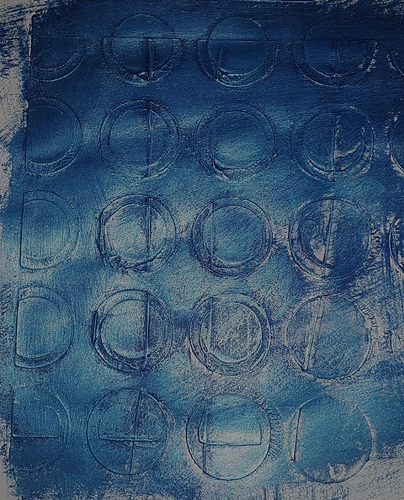 Could you punch out a small hole (or a few), and use brads to attach these to greeting cards or scrapbooking pages? They look very cool!

My first thought was to make tiny holes and string them in varying lengths to hang as sun catchers. Could hang from a stick, dowel, or whatever looks good hanging in a window. Would be pretty as part of a mobile or wind chimes too.

Yes! Sun Catchers would be amazing! @Mark_One if you go with this idea I would love to see how it turns out!